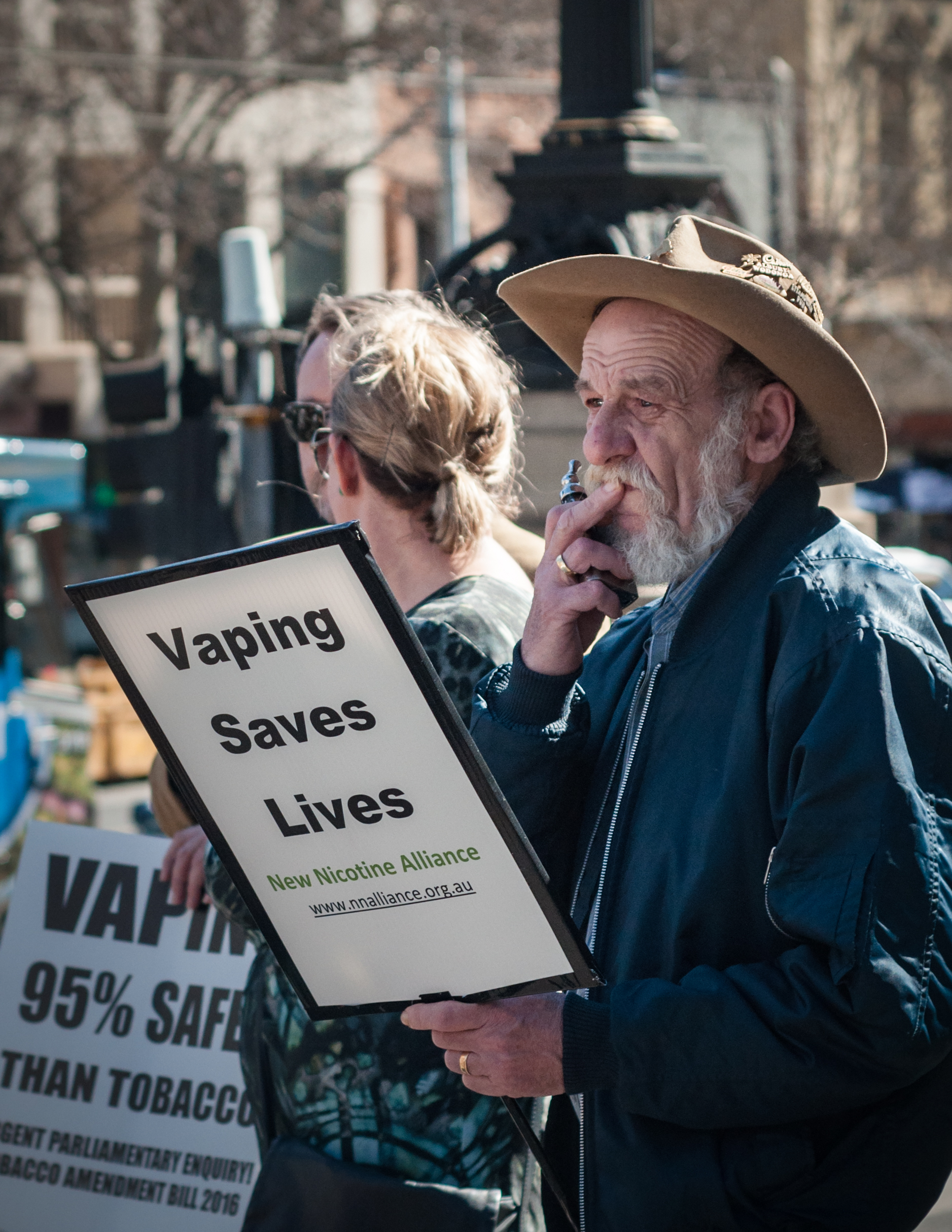 Vaping, as opposed to smoking, eliminates a lot of the health ramifications that cigarettes bring on, consequences which tend to exact a stricter penalty on middle-aged and older people more so than on young people.  Though it is still a relatively new technology, vape may have untapped benefits for older smokers.

Why Older Generations are Turning to Vape

Older generations are turning to vaping for simple reasons, primarily because vaping does not carry with it the same dire health risks that smoking cigarettes do.  Cigarette smoking has been in a very slow decline in the U.S. since the Centers for Disease Control and Prevention started monitoring numbers of smokers in 1965.  The C.D.C. had started monitoring numbers of smokers because of the obvious health risks that go along with smoking cigarettes, risks which severely impact older generations who still choose to smoke.

Nicotine is not the problem, really, it’s the carcinogens that are in cigarettes that are the problem.  There are seventy known carcinogens in cigarettes that simply do not exist in vaporizers.  Using vape equipment instead of cigarettes is called “Harm Reduction” according to the C.D.C., which is the act or fact of allowing a person to stay addicted to something while using much safer methods to feed that addiction.  For older people who are far more susceptible to carcinogens, vaping might be the exact answer that they have been looking for to continue to consume nicotine without running such an extreme health risk.

Controversy and Mixed Ideas About Vaping

In truth, there are a lot of ways to quit smoking.  There are F.D.A. approved nicotine replacement products like patches, lozenges, and gum.  There are prescription drugs (yikes) like Chantix.  There are support counselors and telephone quitlines like 1-800-NOBUTTS.  According to the C.D.C., the average smoker has to try to quit fifteen times before they actually succeed.  For some, quitting just isn’t an option.  In that case, vaping may be the best substitute yet.  The F.D.A. won’t back vaping as being a “solution” to quitting smoking like they do with the above approaches, and they pushed back their project to “regulate and further study” vaping and vapors to the year 2022.  Also, the C.D.C. insists that many young people are “dual users” who smoke and vape in tandem.  But most older vapers don’t.

There has been a lot of arguing and rabble-rousing regarding vaping.  That much is clear.  It is a new technology that threatens a multibillion-dollar industry that has been around for over a century, i.e. the tobacco industry.  So, of course, it is going to stir up controversy and mixed feelings.  However, we can’t deny the fact that there are extremely obvious health benefits to vaping for all ages, including older adults.

Cigarettes are incredibly dangerous to one’s health.  No one can argue that point.  It’s simple science. Vaping allows for the use of nicotine without seventy carcinogens.  One can puff on a vaporizer for a few minutes and not lose eleven minutes off of their lifespan like they do when they smoke a cigarette.  For the older generation who are considerably more mindful of their health than younger people are, this is looking like a very wise choice indeed.  To make things even healthier for such individuals, Real Organic Vapors has the healthiest, natural vaping liquids available.  Check out our site for great quality vaping liquids that are organic and easy to use.

1 thought on “Vaping at Any Age: Benefits for Older Generations to Switch to Vape”