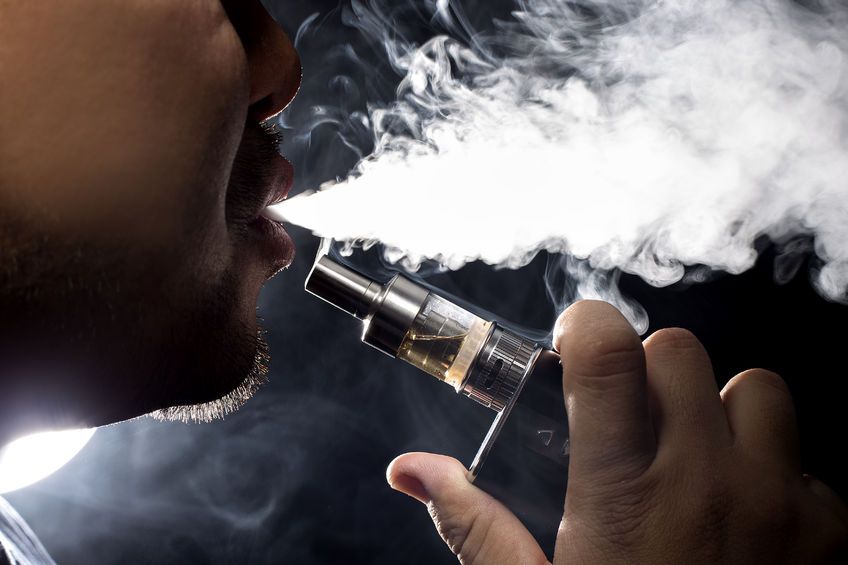 Whenever something new is introduced it is often met with a certain degree of skepticism. One could argue that it is healthy to be wary of new things–at least until you have confirmed whether they are helpful or harmful. Unfortunately, determining whether something is helpful or harmful can be difficult when you are confronted with mountains of conflicting information. Such is the case with the smoking vs. vaping debate, where some not only claim that vaping is as dangerous as smoking, but can even be a gateway to smoking. Fortunately, evidence has proven that this is not true.[1]

Is Vaping Better Than Cigarettes

In the vaping nicotine vs. smoking debate, where anti-vaping arguments center around whatever “dangers,” real or imagined, may come with vaping, one needs to consider an important fact–vaping and cigarette smoking are absolutely not the same thing. Not only is there an absence of tar and a variety of other dangerous ingredients and chemicals in e-cigarettes, but studies have actually indicated that vaping is safer and better than cigarette smoking for the individual over the long-term.[2] The one point where this could be difficult to maintain is if vapers turned to cigarette smoking at some future point–which would mean that vaping was actually a gateway drug. But is this actually true?

By definition, a gateway drug is one that can lead to the individual’s use of a more potent and addictive drug substance.[3] However, a recent study indicated that vaping did not increase smoking among youth, and in fact apparently resolved smoking issues in some youth. Lynn Kozlowski and Kenneth Warner, the two public health researchers behind the study, indicated that not only did the research seem to prove that there is absolutely no evidence that vaping is a gateway to smoking, it can actually draw smokers away from traditional smoking–even where they have desired but failed to successfully and fully quit. This is not terribly difficult to understand since for many cigarette smokers it is the hand-to-mouth action and the nicotine that causes them to continue their cigarette smoking, two things that can be successfully replaced with vaping. So then where did the idea of vaping being a gateway to smoking actually come from?

In the study led by Kozlowski and Warner, there is a discussion of other studies that have claimed a link between vaping and traditional cigarette use among teenagers. The main point of this discussion is to drive home one important fact: there is actually no real, solid, scientific evidence that confirms the claims being made. Instead, many of the claims rely on rather weak evidence that would be akin to claiming that since an individual tried a sip of beer over the course of twelve months, this clearly means that their choice of friends has led them to dangerous levels of alcohol consumption. Though this may seem absolutely ludicrous to even consider as a valid arguing point, Kozlowski and Warner’s look into the studies about the apparent truth of vaping as a gateway drug indicate just about the same level of true evidence. Even if some of the study participants who tried vaping did move onto cigarette smoking in the future, there is no clear evidence that it was their vaping habits that actually led to this transition. In fact, one could even argue that the apparent overall trend away from traditional cigarette smoking seems suspiciously time-coincident with the increasing trend of vaping and may therefore not be purely coincidental after all.

Putting it all Together

The truth is that since vaping is still relatively new, it is still highly debated and it likely will continue to be for some time. A simple search on the internet for the pros and cons of vaping or the health benefits and health risks of vaping will turn up numerous results on both sides–from those that claim that vaping is the worst thing for you to those that claim that vaping is the best thing for you and everything you can imagine in between. Whatever research you do, it is important to look for actual evidence and facts, regardless of the argument being made and put it all together to make a wise decision. You may determine for yourself that not only is vaping not a gateway to smoking, it’s actually a safe and healthy gateway away from smoking.