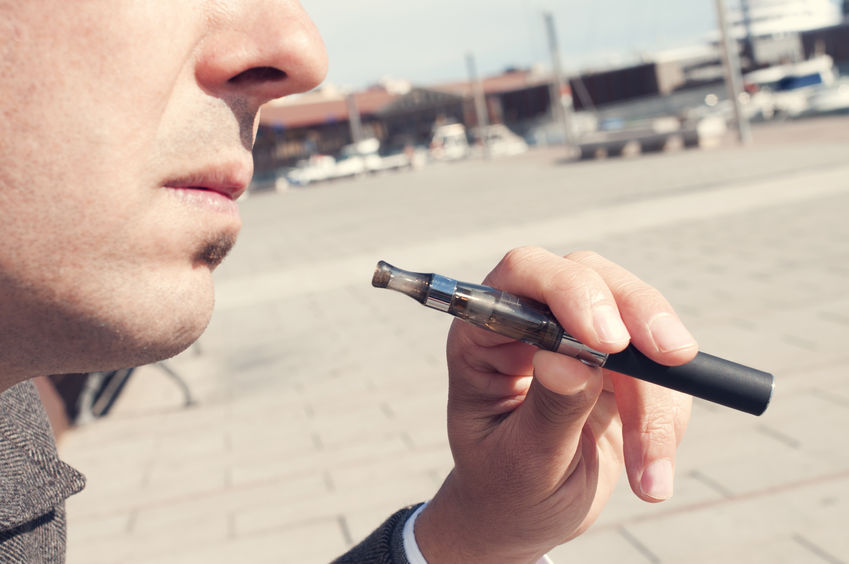 Many individuals support vaping because it is apparently safer than tobacco cigarettes[1],  and is considered more socially acceptable due to the fact that it creates no unpleasant odors. Some individuals who actually desire to quit smoking altogether have found that e-cigarettes make this possible, through a slow reduction of their nicotine intake.  Those individuals who enjoy vaping can go on endlessly about the many benefits they feel they receive, and how it is easily adapted to any part of their life.  But what if you could receive a ticket for vaping while driving?

Recently, a driver in New York was pulled over and given a traffic citation for using his electronic cigarette while he was driving.  The specific law the driver was found in violation of was a law that prohibits the use of portable electronic devices while operating a motor vehicle.  Obviously, most individuals believe this law covers the use of cell phones, and in this instance the ticket specifically cited the driver’s “cell phone use”.  Despite the fact that the driver went to court to fight the ticket on this error, the judge upheld the citation, telling him that the use of his electronic cigarette was against the law.  In a bizarre twist, however, the judge later found out that electronic cigarettes are not actually defined as portable electronic devices for the purposes of this law and admitted that had he known prior to his ruling he would have dismissed the ticket.  Now, however, the driver has to appeal the ruling in order to have it reversed.

This particular incident may indicate that a certain amount of judgement will need to be exercised by individuals and law enforcement officials when considering the use of electronic cigarettes while driving.  After all, laws prohibiting the use of portable electronic devices while operating a motor vehicle are designed to prevent individuals from using items that impair their driving ability by absorbing too much attention.  This includes devices such as cell phones, PDAs, laptops, pagers, electronic games and similar items.  It may be true that some electronic cigarettes require the user to press a button in order to operate them, but if law enforcement officials truly wish to ban vaping while driving they will also have to consider banning tobacco smoking while driving, and perhaps even wearing wristwatches while driving.

[1] http://vapeaboutit.com/study-finds-vaping-is-95-safer-than-smoking
Category: FAQ
Tags: can i get a ticket for vaping while driving, is it illegal to vape and drive, vaping and driving
Leave a Reply Cancel reply
PRODUCT SEARCH
Cart
SHOP CATEGORIES
X