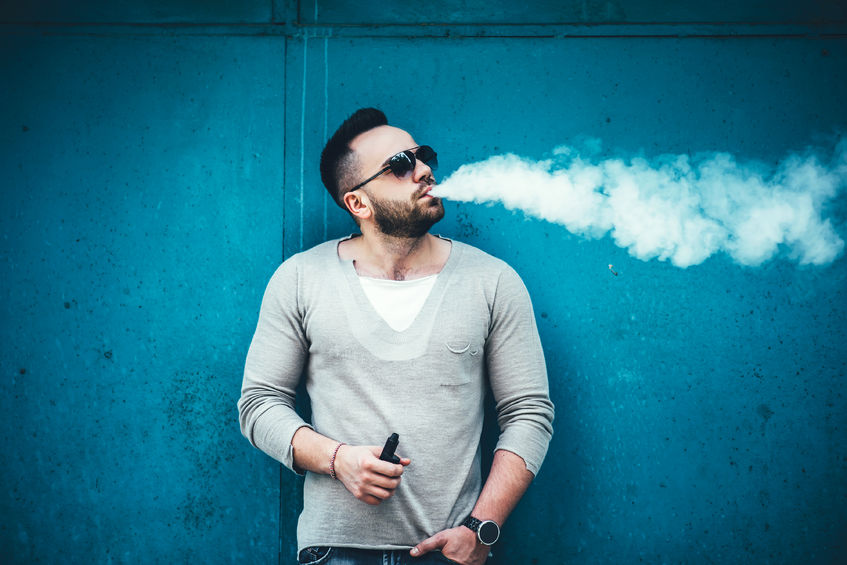 While vaping may initially have been viewed as a sort of novelty, it has long since gained popularity as a safer, healthier alternative to cigarette smoking. Many individuals have even discovered that vaping helps them to quit smoking altogether, especially since they can control the amount of nicotine that is present in their e-juice. Clearly vaping is a great choice for many individuals, but is vaping safe for diabetics?

While there are some variations depending on the type of vaping unit being used, most vaping works by heating e-juice until it turns into a mist that is inhaled by the individual. The e-juice itself is normally composed of water, propylene glycol (PG), vegetable glycerin (VG), flavoring and nicotine. Some e-juices may contain only PG or only VG, and almost all e-juices are available in a variety of nicotine strengths–from no nicotine at all to thirty-six milligrams per milliliter.

Since vaping is still relatively new, some health professionals warn that we don’t yet understand the full extent of benefits and risks that come with vaping. However, most health professionals agree that vaping is markedly better for the individual than traditional smoking, especially since it doesn’t produce smoke that is loaded with tar, benzene, cadmium and arsenic. That leads many to wonder whether vaping is safe for diabetics.

Currently, there are no definitive clinical studies that clearly define the effect that vaping has on the blood sugar levels of diabetics. That said, there has been some indication in some studies that higher nicotine levels may slightly increase the haemoglobinA1c (also called HbA1c) levels of individuals without diabetes. This may indicate that long-term use of nicotine, either in the form of tobacco cigarettes or e-juice, has the potential to increase HbA1c levels in diabetics.

Diabetics certainly need to be careful of their HbA1c levels, and of what they put into their body that may increase these levels. However, one also needs to consider how vaping may be able to assist them. If the individual is currently smoking tobacco cigarettes and wants to quit, vaping may provide a safer alternative for them as they work on transitioning to full abstinence. Furthermore, e-juices provide the individual with the opportunity to gently reduce their nicotine intake over time, so that they can gradually and thoroughly wean themselves entirely from this substance.

1 thought on “Is Vaping Safe for Diabetics”