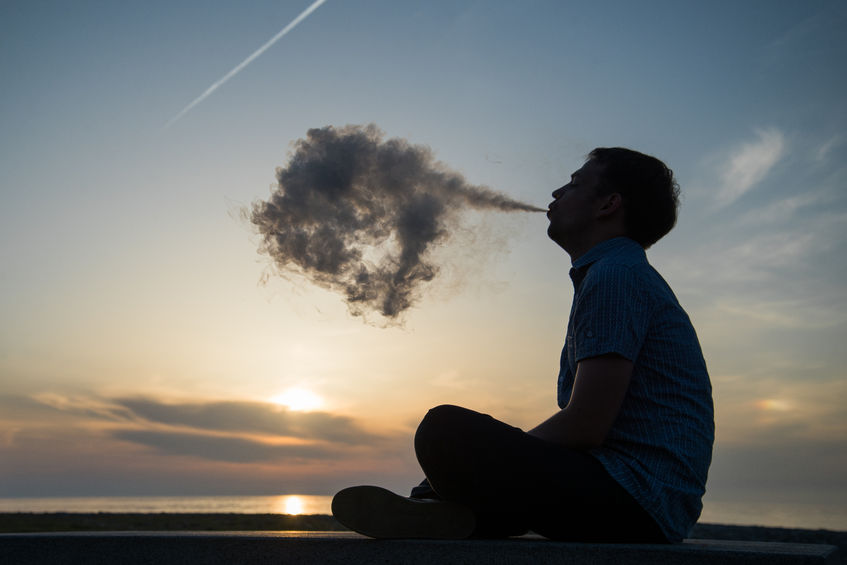 There are many individuals who have turned to vaping as a highly beneficial alternative for tobacco smoking, either because they are concerned about their health or because they actually want to quit smoking altogether.  However, in addition to the numerous benefits of vaping[1],  one inevitably also hears many horror stories about the dangerous effects of vaping–including the dreaded “Popcorn Lung” disease.

“Popcorn Lung” is scientifically known as Bronchiolitis obliterans[2],  a rare and life-threatening, non-reversible lung disease that has been linked to the consumption of microwavable popcorn, which contains diacetyl.  Since a study published recently in the Environmental Health Perspectives journal has indicated that roughly seventy-five percent of all e-liquids contain diacetyl, some individuals are worried that vaping can potentially lead to popcorn lung.  Fortunately, this information isn’t actually true.

The study that detected diacetyl in e-cigarettes found approximately two hundred thirty-nine micrograms of this chemical in them.  In comparison, the National Institute of Health (NIH) has indicated that fourteen commercial cigarette brands tested contained anywhere from three hundred to four hundred thirty-three micrograms of diacetyl in them.  Furthermore, in 2014 the NIH stated that diacetyl is not a risk factor for developing popcorn lung disease, even when absorbed in the high levels present in tobacco cigarettes.  Not only are e-cigarettes less dangerous than tobacco cigarettes, there is not one single case of a tobacco smoker developing popcorn lung, so it is truly hard to imagine an individual developing it as a result of vaping.

Dr. Konstantinos Farsalinos, an e-cigarette researcher[3],  agrees that while it is valuable to understand whether certain e-liquids contain diacetyl or acetyl propionyl, the study yet skirted some important issues.  The low levels of the compounds found in the study are not actually significant enough to raise valid concerns about human health effects.  Furthermore, the study authors failed to mention that these compounds are present in tobacco cigarette smoke, which makes readers assume that e-cigarettes are exposing users to some “new” hazard, while in actuality it is reducing their exposure when compared to tobacco cigarettes.  It may be true that vaping is potentially more harmful to a non-smoker’s health than continuing to abstain from all smoking, but it is less harmful to a current smoker’s health than tobacco smoking.  Vaping therefore remains a viable alternative to tobacco smoking, as well as a wonderful way for smokers to start on the path to full abstinence, should they so choose.